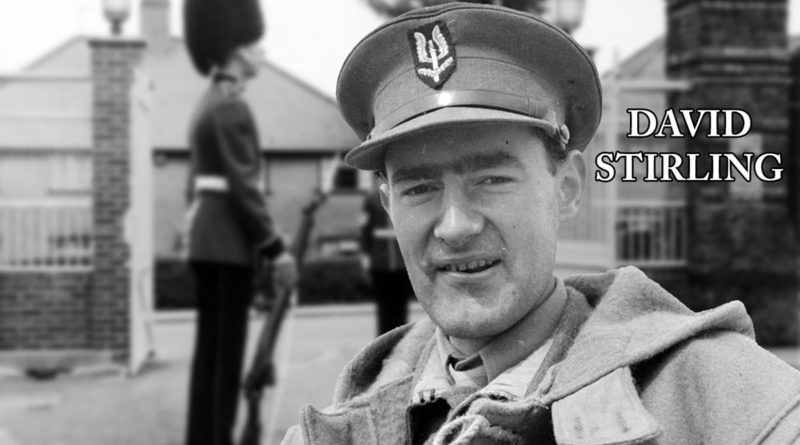 David Stirling was one of the twentieth century’s outstanding military figures. He was also one of the most unorthodox. Early in the North African campaign of WW2, he hand-picked a nucleus of fellow Guardsmen to create ghostly units which operated far behind enemy lines, striking from the desert at German airfields, fuel dumps and communications.

He also took part in the operations of G Patrol of the Long Range Desert Group (LRDG), which consisted of volunteer Scots and Coldstream Guardsmen, and first went into action in 1940 led by Captain MMD Crichton-Stewart, Scots Guards. With the SAS, the LRDG did enormous damage to the enemy, destroying on the ground more German aircraft than were shot down in the desert war.

David Stirling arrived at the Guards Depot, Caterham, just before the outbreak of WW2 and was commissioned in the Scots Guards.

Evidence of his spirit of adventurous initiative showed immediately!

Russia, who had signed a pact with Finland in late 1939 and a Franco-British plan to aid the Finns centred on a joint force trained in ski and winter warfare, and would reach them by crossing Norway and Sweden.

Because more senior offices with winter sports took precedence, Stirling resigned his (lieutenant) commission and volunteered to service as an NCO (Non Commissioned Officer) in what was to become the Scots Guards’ 5th (Special Reserve) Battalion.

Then he went with the Battalion to Chamonix to train with the Chasseurs Alpins, the French army’s winter warfare experts. The Battalion was to be commanded by Colonel JS Coats, MC, Coldstream Guards, with Captain WDM Raeburn, Scots Guards, as adjutant – both winter sports experts.

The Battalion returned to Britain and was about to embark at Glasgow Docks for Scandinavia when the Finns announced they had signed an armistice with Russia. The expedition was cancelled, the Battalion disbanded and its members returned to their Units.

Early in the North African Campaign, Stirling badgered senior officers with his proposal to set up small, highly mobile and self-contained units which would take the war far into the enemy’s rear positions and attack key targets.

He came up with an idea that may now seem very simple but which was extremely radical in 1940: if you could parachute into the deep desert, way behind the German lines, you could then creep up behind the airfields that were strung out all along the North African coast and launch hit-and-run raids. Then you could simply retreat back into the desert.

Stirling’s persistence paid off and the Special Air Service – a meaningless name which would convey nothing of its operations to the Germans – was established.

The result was the formation by Stirling of a unit with the deliberately confusingly named, “L Detachment, Special Air Service Brigade” to help bolster a deception under way that the British had a parachute brigade based in North Africa. Their first mission involved parachuting behind enemy lines in support of a more general attack in November 1941. It was a complete failure, with only 22 out of 62 troopers reaching the rendezvous. Stirling decided on a change of tactics. In subsequent operations, SAS troopers were carried to an insertion point some distance from their target by the Long Range Desert Group, a motorised reconnaissance unit, and they then attacked under cover of night on foot before being picked up once more by the LRDG, which the SAS nicknamed the Libyan Desert Taxi Service. Using this approach, Stirling organised attacks on the German airfields at Aqedabia, Sirte and Agheila, in which the SAS destroyed 61 enemy aircraft without a single casualty.

Its members were volunteers from the Guards Regiments, selected for highly specialised training.

His commander at the time, Field Marshal Montgomery, was quoted as saying: “The boy Stirling is quite mad, quite, quite mad. However, in a war there is often a place for mad people.”

Stirling led the SAS till he was eventually captured on a raid. He escaped four times and was finally imprisoned in Colditz Castle.

LRDG and SAS played key roles in the desert, accelerating the defeat of the German Afrika Korps and enabling the Allies to take the war into the Continent of Europe.

Sir David Stirling was knighted in 1990. He died the same year at the age of 75, and was buried at St Cumin’s Church, on the shores of Loch Morar at Morar. Since 2002 the David Stirling Memorial has stood on the Hill of Row, near his ancestral home, looking towards the Perthshire mountains. It can be found just north of the B824 between the roundabout at the north end of the M9 and Doune. 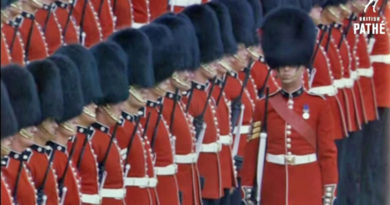 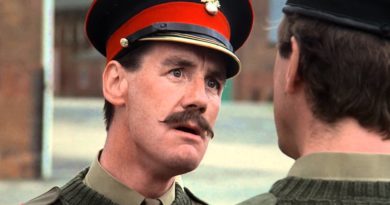 The Man who broke the Drill Pig’s Heart, By Ronald Melvin 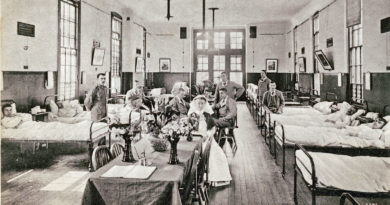