There were many places in the Guards Depot that most recruits hoped to avoid. Top of that list was the Guardroom and a very close second was the Caterham Depot Hospital.

For one thing, something really had to go wrong with you before admission to its hygienic and antiseptic atmosphere was granted.

The ones that pretend!

Chancers (the bluffers) had no chance …………. No chance at all!

Despite, or perhaps because of its strict policy of NIL-TOLERANCE towards those malingerers, the hospital was a rich source of Depot anecdotes. This one first appeared in the Household Division Magazine, it may contain some not-so-poetic licence!

On entering the hospital, one was immediately impressed by the orderliness and precision of the ward. The reflection of the 40-watt bulb glistened on the highly polished floor.

Physiotherapy had not been introduced t the Guards Depot and the treatment for strained back muscles, arms or legs was ten minutes on the ‘bumper’, a heavy weight covered with bristles fixed to a six-foot pole, which the patient undergoing treatment pushed and pulled up and down the floor to achieve a high degree of shine.

The blankets on the beds were folded like an envelope, all the beds were in line and a strong smell of carbolic soap and disinfectant filled the air.

A look that could kill a thousand civvy’s!

Instant paralysis occurred when she appeared in the ward doorway. One glance from her, it was said, could draw blood.

She was not the vision of beauty, more like a granite statue, starched from head to foot. Her ample bosom, like the buffers of a Royal Scot, supported three rows of medal ribbons – enough to do justice to any Major General.

Even the dying lay to attention as she approached.

“What’s the matter with you,” she asked Corporal Jan Hooper of the Coldstream Guards.

“Haemorrhoids, Ma’am” Jan replied, thumbs down the seams of his pyjama trousers. 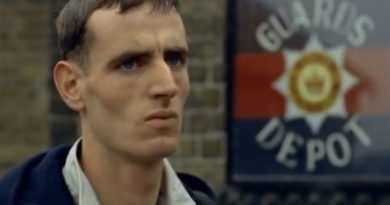 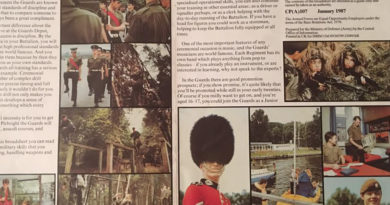 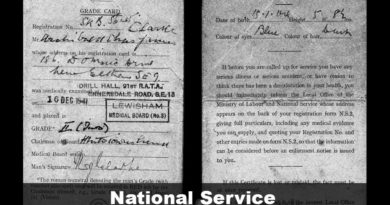